Extra info
This is a Ceilidh style ...

This is a Ceilidh style dance, of "traditional" origin. It is known under a number of names.

A description of this dance was published end of 1939 in the magazine "English Dance and Song" as "The Square Eight" with a subtitle "as danced in Cumberland, near the Scottish Border". You may want to read the scans at contrafusion for more information.

John Keppie wrote it up in 1992 as "Cumberland Square" in the book "Burns Night in the Annapolis Valley" and states "This is a North Country dance arranged for Scottish Country dancing. Square set of 4 couples with sets lined up across and up-and-down the room so that the sets can intermingle during bars 1-16". Danced 2 x 64.

More recently in 2017 a dance description entitled "The Cumberland Square Eight" was published in the "Collins Little Book: Scottish Dance".

The dance has also been described as "The Cumberland Square Eight" in the Ceilidh Dance instructions on the Grand Chain server. 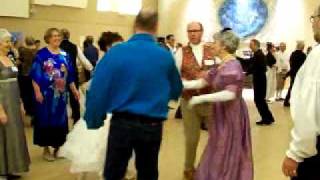 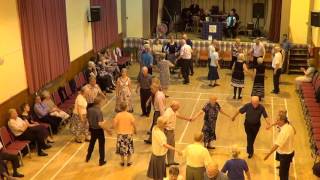