On 21st October, 1805, the Right Honorable the Viscount Nelson, K. B., was mortally wounded aboard Victory during the triumphant battle of Trafalgar. It is ironic that this dance was published in the same year as Nelson's death.

Admiral Horatio Nelson, born in Norfolk, England, in 1758, created viscount in 1801, was the hero of all Britain. He was courageous: he gave the sight of his right eye, his right arm, and, later, his life in the defense of his country. He was a romantic figure: one only need consider his long attachment to Emma Hamilton, a fact that must have titillated the ladies of his time. He was a great humanitarian: unlike Marlborough and Wellington, his common touch would appeal strongly to the Scots.

The Nelson Monument, atop Calton Hill in Edinburgh, was finished in 1815. Whether by accident or design, it rather resembles an inverted telescope. The English monument to their native son in Trafalgar Square, while in somewhat better taste than the Edinburgh memorial, was not finished until 1849, over forty years after Nelson's death. But, in Glasgow Green stands another monument honouring Lord Nelson. The energetic Glaswegians began erecting theirs in 1805 and it was finished in 1806. And at the same time there was erected another monument to Admiral Nelson, a seventy-foot octagonal tower atop Cluny Hill in the small Morayshire town of Forres. 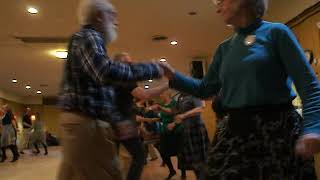