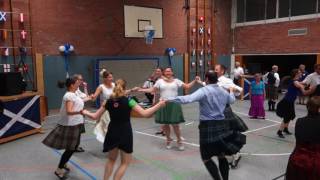 Back to the videos for this dance

note: In the BH turns in PdB, 1c dances backwards to the sidelines on the last step, but may also break earlier and dance out forwards