Abernethy is a small town about eight miles southeast of Perth, not far from the place where the river Earn flows into the Tay on its way to the sea. Its importance in early Scottish history is, no doubt, due to its location, so close to navigable water. The Romans were there and so were the Picts, who made it one of their capitals. Next came the religious. First, at the end of the 8th century, the Culdees, the “Friends of God”, an Anchorite order, came from Ireland to settle at Abernethy as well as at St. Andrews, Monymusk, Brechin, Dornoch, Bute, and on St. Serf's Island in Loch Leven. Filled with good works and fanatical thoughts of independence from Rome, they practiced their primitive Christianity for several centuries until they gradually became less pure and more worldly and, after having been chastised by the sainted Queen Margaret, they faded completely out of Scottish history by the beginning of the 15th century. Next came the Augustinians who took over St Bridget's Monastery and that was the end of the “Friends of God” in Abernethy.

The Pictish round tower still dominates the village as it did from the 8th century onwards when it served as a belfry and a refuge in time of danger. While fairly common in Ireland, there are only two other such towers in Scotland: one at Brechin in Angus and the other in Orkney, at Egilsay, the “church isle”.

In 1072 another great historical event occurred at Abernethy. The ships of William the Conqueror came up the River Tay to meet William and his invading army and Malcolm III, the fierce Malcolm Canmore or “Big Head”, hastened to Abernethy to treat with the Conqueror. There, Malcolm submitted to William's demands to become his vassal and his son, later Duncan II, was taken to the Norman-English court as a hostage. Seven years later Malcolm broke the so-called Treaty of Abernethy and the fighting resumed along the ill-defined Border, leaving Duncan to fend for himself in England. 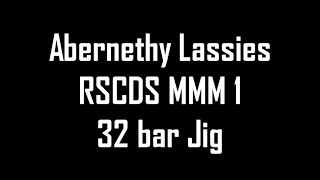