For Dennis and Rhoda Park, the Westmorland farmers who still count their sheep 'Yan, Tan, Tethera ...'

On 13th may 2019 Robb Quint posted the following e-mail message on "Strathspey" about this dance:

Many thanks to Sue Ronald of Edgewater, New Jersey, and Quorn, Leicestershire, for calling my attention to Derek Haynes's jig Yan, Tan, Tethera, which she was at that moment preparing to teach. Sue thoughtfully did so knowing of my interest in Celtic languages.

Yan, Tan, Tethera, again also an SCD jig, is a remnant of the Brythonic which was spoken across the majority of Britain, including Scotland south to the Firths of Clyde and Forth, two millennia ago, and it means "one, two, three." Despite linguistic assault from from Anglic Northumbrian as well as Viking languages in the north of Britain and to some extent from Irish-import Gaelic as well as from Saxon in the south, Brythonic lived on in isolated locations in northern England and southern Scotland as Cumbric, though barely by then, into the 13th century, thereby likely the persistent existence of yan, tan, tethera, et al. (In the extremity of England's West Country Celtic Cornish held on until c. 1800.) Brythonic was likely fairly similar to the Pictish of central and northern Scotland that was gradually but ultimately overrun linguistically by Gaelic a millennium ago. What is left today of Brythonic is modern Welsh, spoken mostly in northern Wales, and Breton, the descendant language of the southern-Britain Celts who crossed the English Channel, bringing Celtic back to the European continent from which it had essentially disappeared, establishing themselves in French Brittany (thus that name for it) as they emigrated from an England being overrun by Saxon settlers from today's Netherlands and northwestern Germany.

With Brythonic gone and replaced in northern England and southern Scotland by Germanic languages developing into English and Scots, shepherds though retained the Celtic numbers from one through twenty for the specific purpose of the important task of twice daily counting sheep. It was a sing-song-y (cf. today's children's alphabet song) specialty counting system for this particular use only, and it lasted into fairly modern times, enough so that linguists have been able to collect many different variations of it, which change slightly from one dale (valley) to another. Though they certainly exist in modern Welsh and Breton, numbers beyond twenty long ago disappeared from the shepherds' counting vocabulary. Reaching twenty the shepherd would simply move a finger down a notch on a staff or place another pebble in a pocket and start again with number one.

Derek Haynes (1932-2005) was a prolific SCD deviser from Lancashire right in the midst of yan-tan-tethera territory.

(The name means 1,2,3 in the local dialect of Yorkshire sheep farmers, in the area where Derek lived.) 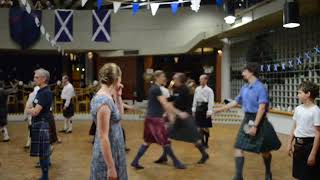 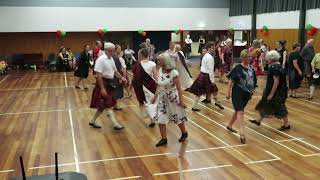 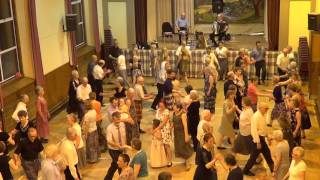